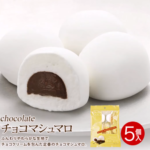 Japan has had a unique way of celebrating Valentine’s Day since it arrived in the late 1950s. Unlike America where it is a general romantic day for both sexes marked by roses, boxes of heart shaped chocolates and expensive dinners, in Japan it is a day exclusively for women to show their affections for the men in their lives by giving them chocolates.

It does not necessarily have to be romantic in nature, in fact, you are expected to give chocolate to friends and co-workers as well. Referred to as giri-choco (obligation chocolates). Although home made chocolate (honmei choco) and expensive boxes are reserved for your husband, boyfriend or the man whose affection you are seeking.

I have an entire post about Valentine’s Day here.

Today we are talking about a holiday unique to Asia that began in Japan in the late 1970s called White Day. It occurs on March 14th and is for the men to reciprocate to the women in their lives with a gift worth more than what they were given on Valentine’s Day.

The generally accepted beginning of the holiday, according to the United States Department of Commerce, starts with confectionary shop Ishimura Manseido (石村萬盛堂) in the Hakata region of Fukuoka.

Founded in 1905, the shop specializes in marshmallows. Especially a product called Tsurunoka, a sweet yellow bean paste filled marshmallow. But for White Day they swapped out the bean paste for chocolate and with the slogan “I would like to take the chocolate I received from you, and wrap it with my white heart” the first “Marshmallow Day” (マシュマロデー) was held in 1977.

Marshmallow Day didn’t catch on however until the National Confectionery Industry Association (全国飴菓子工業協同組合) established it as White Day, an “answer day” or “reply day” to Valentine’s Day in 1978 with the catchphrase “White Day is a sweet day.”

On White Day a man is expected to reciprocate the gifts he was given on Valentine’s Day 3 or 4 fold. Like Valentine’s Day these gifts do not have to be romantic in nature. While they are often a white chocolate or marshmallow gift it can be everything from sweets to clothing and jewelry. A popular gift today is pudding (or purin プリン) bought from famous shops.

According to Kaori Ishida from The Japan Times “Most women know which shop carries the best pudding and it goes without saying that the packaging must be Instagrammable. Bonus points if the guy got in line to purchase the pudding. Extra bonus points if the guy took a selfie of himself waiting in line, and then sent it to his girlfriend whereupon she can post that on Instagram as evidence of how much he loves her.

This March 14th whether the gift you receive is big or small, Instagrammable or not, today maybe you might buy someone a pudding, white chocolate or even a marshmallow treat for that tiny shop in Fukuoka who started a cultural phenomenon now celebrated throughout Asia and the world.